Regional case study area FOAL-VC-001 covers several private forest estates, majority of which is in Anykščiai municipality, North-Eastern part of Lithuania. The focus here will be on private forest estates which are inventoried and managed using eforest.lt (information system developed for Lithuanian private forest owners by/for FOAL members) and some neighbouring areas, basically inside the Šimonių forest. The number of estates in the database and, thus, under focus is expected to increase during the project implementation. 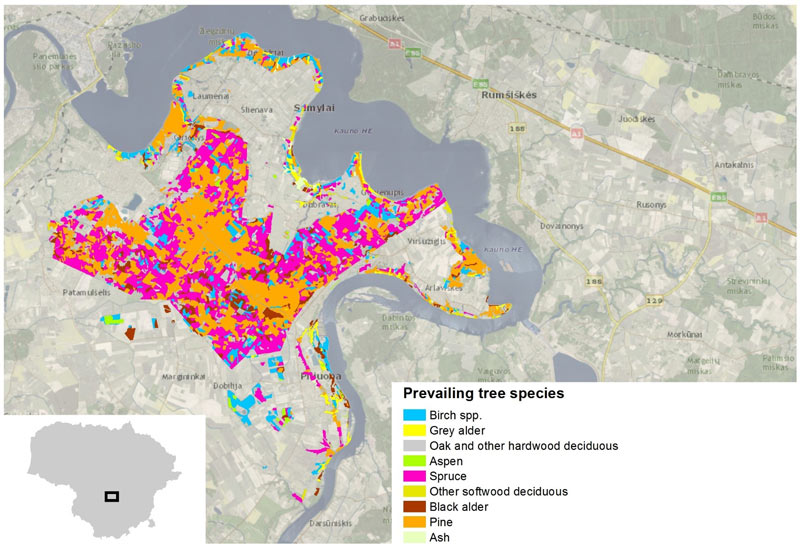 The climate is ranging between maritime and continental. Flat but changing to hilly terrain with intermingled forests (around 30% of the area), lakes, rivers and wetlands make this area attractive for recreation and tourism as well as for biodiversity protection. All species growing in Lithuania are present in the CSA (with dominance of Scots Pine (60%), Birch spp. (24%), Norway Spruce (13%), Black Alder, European Aspen, Grey Alder, Pedunculated Oak).

Half of forests are privately owned. Young and middle-aged forests dominate in the area. Part of the area belongs to Natura 2000 European ecological network. There are no relatively larger cities in the proximity.

Forest of the CSA will be inventoried within the frames of State forest inventory using stand-wise inventory approach in 2018. However, due to changes in state forestry administration system, it is not clear yet whether the private forests will be included in such inventory, thus, setting new objectives and opportunities for MySustainableForest. High quality orthophotos produced for forest inventory aims in summer season of 2017 are available for the whole area.

Regional case study area FOAL-VC-002 (Dubrava forest) is situated in the central part of Lithuania (24°4’E and 54°50’N) next to Kaunas (the 2nd largest city in Lithuania) in the north borders the Kaunas sea (largest artificial water reservoir in Lithuania on Nemunas river). CSA has a humid continental climate with an average annual temperature of approximately 6 °C. About 614 mm of precipitation falls annually. 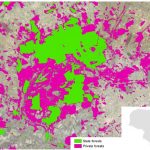 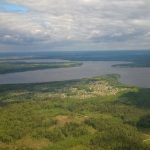 The focus will be on forest land area on ~5700 ha with majority of country’s forest conditions present here. The dominant tree species are Scots pine (34%), Norway spruce (29%), Birch spp. (10%), Black alder (5%), European aspen (1%), Grey alder (2%), Pedunculated oak (4%), however, the total number of species identified as prevailing in the stand reaches 23. Average volume of the growing stock is 288 m3/ha, age of stands – 60 years. There are just over 400 ha forests under private ownership. Rather significant share of forests has forestry regimes restricted, including 2% of strict forest reserves, 22% of special purpose forests encompassing ecosystem protection and recreational use and 8% of protective forests usually aimed at protection of soil or water, with some additional management restrictions compared to production forests. Production (commercial) forests cover remaining 68% of the area.

The area has been long years used as a research polygon to test various aspects of forest inventory, management planning, forestry operation and remote sensing. Thus, large amount of field and remotely sensed data is available for the area. It experienced heavy wind storm damages in 2010.