The Meillant massif is located between a clay and limestone cereal plain to the north, Champagne Berrichonne, and Boischaut Sud, characterized by its grove and cattle and sheep farming activities. The forest is 80% private, and is mainly composed of sessile oak, known for its grain. The production of quality wood is the main forestry issue of this massif. Hunting activity plays a significant role in the forest environment. 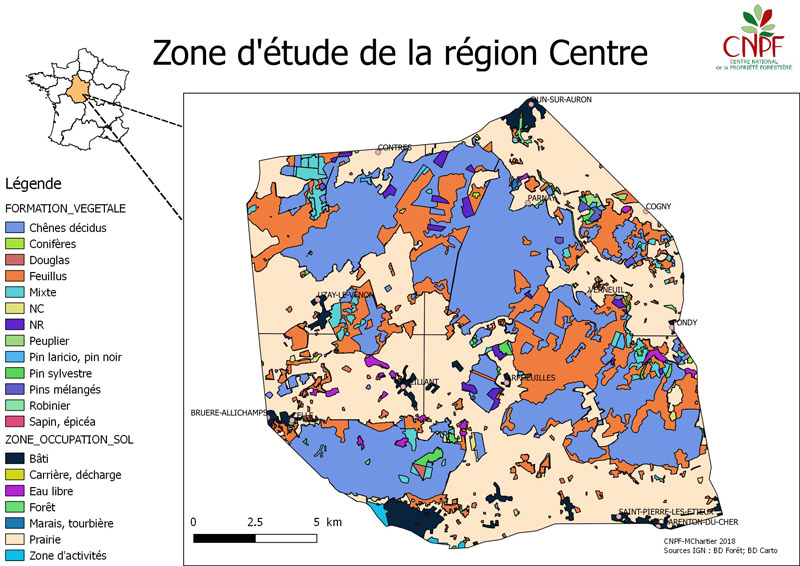 At the environmental level 34 critical species have been identified for flora on this site of which 9 are protected (ZNIEFF Continentale type 2 – 240031536), but there is no Natura 2000 site. The Meillant massif is near Saint-Amand-Montrond, third city of the department (10,000 inhabitants).

The domain of Agreaux is a forest and agricultural property of about 1000 ha including 800 ha of forest located in the town of Retjons, in the east of the Landes department. Mainly composed of stands of maritime pine, it perfectly illustrates the forestry practiced commonly in the cultivated forest of the Landes de Gascogne. 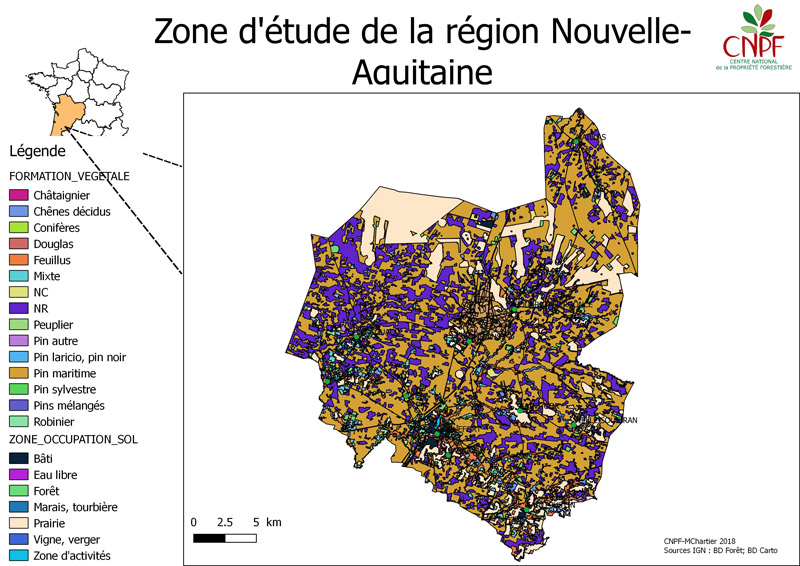 The domain of Agreaux belongs to the family Lescouzères for three generations but the origin of the property is much older since it belonged to the estate of Poyferré de Cère at the beginning of the 19th century. This property is destined to a particular destiny since it is intended to be transmitted to the Jacques and Françoise Lescouzères Foundation, attached to the Academy of Sciences. It has a vocation to be a school and experimental forest, especially through a partnership with the School Bordeaux Sciences Agro. It will keep its private status.